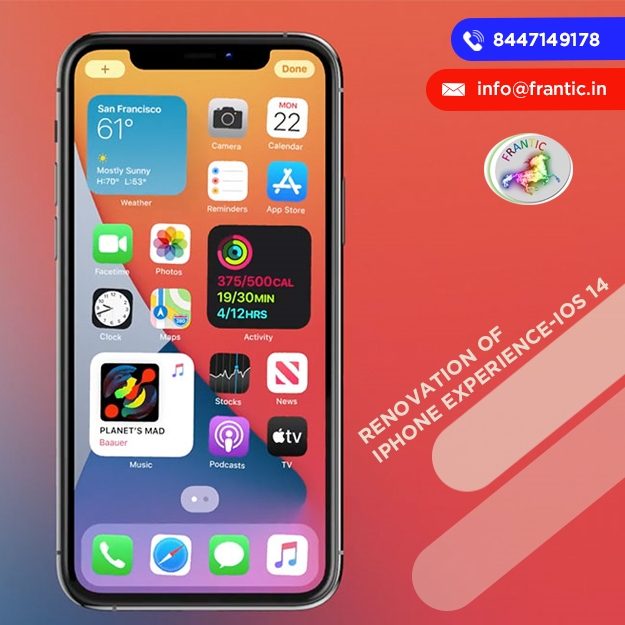 iOS is known as one of the most engaging operating systems in the world, and there is no bout about it. By following its tagline " think different" apple company has motivated its iPhone app developers to think differently, from the world, and hence it has resulted in an amazing status of Apple's devices in the maker of gadgets.

Apple makes unique devices and operating system, that holds a worth of more than 29% in the international world.

The difference between iOS and other operating systems:

The priority of Apple is that it always thinks about the user experience and eye on the user interface. The Apple company has experienced iOS developers that only think about the safety and cyber protection of the data. People use iOS devices widely all over the world, including Mac Book, iPad, etc. The youth of India is dominated by iOS devices and hence it proves that iOS devices have an upper hand in the gadget industry.

iOS 14, How it is different from previous versions?

Apple always tries to introduce something new to the market and so its latest introduction is its new operating system version is iOS 14. Now before listing the features of iOS 13, first have a look at the previous version that is iOS 13, which was released last year. Its features were:

Now apple's upcoming launch is iOS 14. Many in the field of development are making several assumptions related to the launch.

The maximum number of people, mainly business people use iPhone, so by keeping this in mind apple must make iOS 14 compatible with already installed apps in their iPhone. As it is known for years that your iPhone app must be synchronized with your iPhone. To get to the detail of iOS 14 here are some listed features:

The above mention content is in reference to iOS users worldwide. Frantic Infotech, an iOS app development company, consists of highly qualified iOS developers that are able to coordinate with the new ideology. Contact us now.